Although Yorkies are strong-headed canines, they don’t like being left alone. They can develop a bad case of separation anxiety if you leave them behind with no company. Instead of letting your pooch bark and panic at home while you’re at work, you can get it a companion to spend time with. In this post, I listed some options for the best dog companion for a Yorkie. See the best dog companions for a Yorkie and which one you’d like to bring home next!

Introducing a new dog to a Yorkie

Whatever breed your first dog is, it can be challenging to introduce them to a new canine. With Yorkies, this challenge will prove true because they can be overprotective and jealous.

As much as possible, wait until your Yorkie is an adult before getting another dog. This way, the new dog won’t be irritated by the hyperactivity of the pup. If possible, get an equally adult companion dog, too.

Ensure that you spend enough time and attention to your Yorkie when the second dog is already at home. This will prevent your Yorkie from imposing its dominance.

Also, ensure that the companion dog you’re getting for your Yorkie is compatible with its personality. Above all, you should be financially and mentally prepared to raise two dogs at home.

The following are some of the personal tips I used when I brought home a second pup for your Yorkie:

Keep them on separate rooms first. On the first days, separate your Yorkie and the second dog in different rooms at night until they get along.

Never force the meeting. Just like meeting new people, you should never force the interaction. Let the two dogs discover each other at their own pace.

Let the new puppy get familiar. As for the new puppy, it will help to tour it around the house to sniff and become familiar with the environment.

In this video, dog trainer Zak George shows us more tips to ensure that your new and old doggo will get along by Day 1.

7 Best Dog Companions for a Yorkie

A good pair to a headstrong Yorkie is a docile Labrador Retriever. It’s like yin-yang, where the Lab balances the high energy levels of your pooch.

Labrador Retrievers are known to be tolerant and patient. Such traits will suit a Yorkie who can’t get enough of playtime. Aside from that, Labs are outgoing and free-spirited. They can keep up with the activity level of a Yorkie without being too ruff to the small pooch.

Also, Labs need a lot of exercise due to their athletic nature. This is a good thing if you have a Yorkie who loves the outdoors.

However, Labs are prone to obesity if you don’t watch for their diet and exercise needs. But in terms of getting along with other canines, you shouldn’t have any problem with an appropriately trained Labrador. They are naturally friendly and people-pleasers, so it would be easy for them to befriend a hyperactive Yorkie. And as retrievers, you will have someone to watch over your Yorkie at the yard.

Like Labs, Golden Retrievers are also good options for Yorkies. Goldies are gentle, friendly, and affectionate pooches who are very tolerant of annoying puppies. And since Goldies are retrievers, they have the natural inclination to keep other dogs out of trouble.

Golden Retrievers are also popular to families who have a multi-canine household. These pooches can adapt quickly and are welcoming of other canines, regardless of breed. Also, Goldies can be protective in a good way, which will help keep a curious Yorkie out of trouble.

Moreover, Goldies are very intelligent, and you can train them to perform tasks. And since this doggo requires a lot of exercise, it would be a good idea to give them a task to get busy at.

The only downside to Golden Retrievers is that they are intense shedders. They are also prone to weight gain, and they can be pretty large. Other than these minor issues, Goldies are total sweethearts that are a joy to have at home.

Don’t let the look of Mastiffs fool you! Although they are large and intimidating doggos, Mastiffs are actually very gentle. They can be trained to get along with another dog, but beware because they are quite aloof of strangers.

Mastiffs can also tolerate being alone to some extent, which is a good plus if you are working. They are also affectionate and loyal pooches with a fair amount of shedding.

As for the energy level, Mastiffs love a good playtime. They also need enough exercise, so make sure that you have a large yard where the doggo can romp and play.

If there’s one disadvantage of getting this breed, it would be the challenging training. Mastiffs can be pretty headstrong, so they require a skilled owner. They are not apartment dogs as well, which is similar to the Yorkie breed.

Overall, you need to endure some trade-offs if you’re getting a Mastiff as a companion dog for your Yorkie.

If you want an equally playful doggo to accompany your Yorkie, you should consider the Cavalier King Charles Spaniel. This dog has a sporty nature, which can keep with on the activity level of an active Yorkie. But whenever these Spaniels are not playing, they are contented to sit on your lap for belly rubs.

The Cavalier King Charles Spaniel is an affectionate pooch that welcomes just about anyone and any dog. They also thrive in an apartment setting, though they didn’t like being left alone. Such personality makes their companionship with a Yorkie a win-win situation.

Moreover, Spaniels are intelligent and fairly easy to train. They are not wanderers, but they sure love roaming around your yard for some playtime.

For those with Yorkie pups, the Cavalier King Charles Spaniel is a great companion dog. They are playful but gentle, making their intensity safe for younger pooches.

The only thing you have to think about this breed is the additional grooming needs as well as their potential for obesity.

Like Labs and Goldies, Poodles are gentle and smart dogs. If trained well, they can tolerate a happy-go-lucky Yorkshire Terrier. Poodles are intelligent canines that can be trained to perform a wide range of tasks. However, they can’t tolerate being alone, which is why they are best raised as companion dogs.

Also, Poodles need enough exercise each day to keep them happy. And with an active Yorkie, the two dogs will surely get along pretty well.

Usually, Poodles don’t mind living with another dog. However, you must introduce them to each other slowly to prevent any chance of aggression. Also, make sure that the Poodle is trained before allowing it to mingle with your Yorkie.

If you have kids at home, you will have peace of mind with Poodles because they are kid-friendly and tolerant of roughhousing.

Another big benefit with Poodles is they don’t shed just like Yorkies. So even with another dog, you won’t have to worry about the additional vacuuming you have to do.

If you’re looking for another small breed with almost the same feistiness as your Yorkie, you’ll never be disappointed with a Pomeranian. This pooch is a large personality inside a small package. Poms are active pooches that can compete on agility and obedience drills.

With its bursting energy, a Pom can be a good playmate for a Yorkie. However, you have to be careful in introducing this doggo as it can also become territorial and jealous. Starting them young will be a big help.

The only downside of having a Pom is its intense shedding. Its foxy and long coat is a pain to groom. Also, they tend to bark and howl if left alone without a companion.

Nevertheless, Poms are not wanderers, and they don’t have a very strong prey drive. Also, the energy level of Poms are quite manageable and will not be a threat to a Yorkie if the former is well-trained.

If you’re not sure how your Yorkie will react to another breed, the easiest option is to get another Yorkie! The good thing about this move is that you already have an idea about the behavior and personality of the breed. You no longer have to start from scratch and go through the guesswork of raising a different doggo.

Getting another Yorkie is also easier in terms of feeding, grooming, and maintenance.

When getting another Yorkie, opt for the opposite sex of your current doggo. As much as possible, you’d want to avoid having two males at home. Doing so will only result in dog fights, competition for dominance, and unending markings with urine.

If you’re yet to get your first Yorkie, you can get two pups already from the same litter. This way, it would be easier to work the bond of the two dogs.

Q: Do Yorkies need another dog?

A: As much as Yorkies are headstrong dogs, they aren’t fond of being left alone. You should consider getting a companion dog for this feisty pooch. Make sure that the other breed is compatible with the personality of your Yorkie.

A: Worried about your Yorkie getting jealous of your new dog? It’s true that Yorkies can be overjealous dogs, so make sure that you give them enough attention. You should also watch for overprotectiveness, curiosity, and hyperactivity.

Q: Is it a good idea to have two Yorkies?

A: Since Yorkies don’t like being alone, it would be a good idea to get them a companion dog. Another Yorkie would be great, but consider getting the opposite sex as two male Yorkies can fight over dominance and territory.

Q: How do I introduce my Yorkie to another dog?

A: If you got your Yorkie a companion dog, make sure that you introduce the second dog slowly. Put both dogs on a leash and let them sniff and check each other out on their own terms. A few treats and rewards will go a long way, too.

Q: Do Yorkies bark a lot when left alone?

A: Yorkies don’t like being alone, and they tend to bark a lot when experiencing separation anxiety. Their bark can be high-pitched, too, so consider training and getting a companion dog for the pooch.

Finding the best dog companion for a Yorkie should always depend on your doggo’s unique personality. Although Yorkies are known as active dogs, some can be more laidback.

Take note that getting a companion dog for your Yorkie is more than just making the bond work. You should be financially, mentally, and emotionally ready to raise a second dog.

This will ensure that your doggos will have a harmonious relationship while keeping yourself sane. 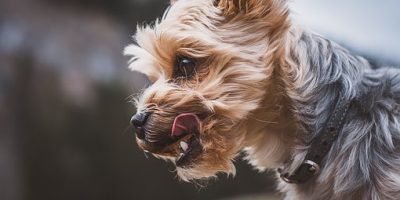 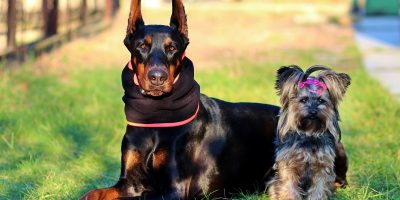 Here at YorkshireTerrier.Dog, we aim to help you solve common Yorkie problems, concerns, and issues. We also review and recommend products so you can raise your doggo safely and healthily.

Yorkshire Terriers are feisty, clever, and jolly canines. They are large in spirit but small in package. Such a personality can be challenging for new owners. So here at YorkshireTerrier.Dog, we aim to help you solve common Yorkie problems, concerns, and issues. We also review and recommend products so you can raise your doggo safely and healthily.
YorkShireTerrier.Dog Copyright © 2020.
YorkShireTerrier.Dog recommends ideal products from the Amazon Services LLC Associates Program, an affiliate advertising platform that often incentivizes sites to earn advertising fees by promoting and linking to YorkShireTerrier.Dog